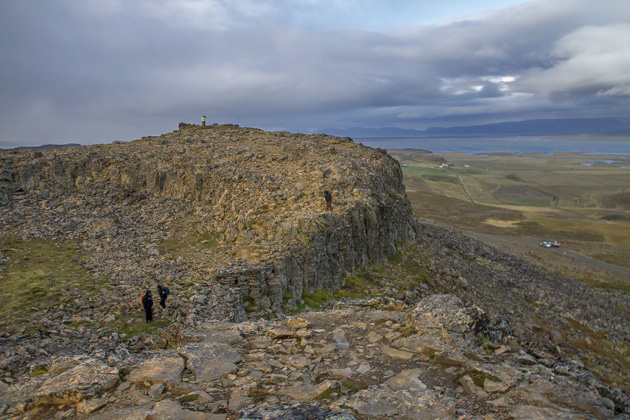 Stretching into the arctic waters of the Atlantic on Iceland’s northeastern coast, the Vatnsnes Peninsula is usually over-looked, but has a couple worthwhile places at which to stop. At Ósar, there’s a seal colony which lives on a sandbank just across a narrow stretch of water. And the Viking-era fort at Borgarvirki offers interesting history and a fantastic view of the region.

It was an extremely windy afternoon, and we feared that Ósar’s seal colony wouldn’t be home. At first, these fears were borne out. We hiked about fifteen minutes down to the shore, but didn’t see a single seal. Eventually, though, one raised his head out of the water. He was watching us closely, taking our measure, and only disappearing when Jürgen started making kissy-noises at him.

The flirting must have worked, however, because seals now started popping up all over the place. We saw at least ten, diving around, playing, and always keeping a careful eye on us. We had hoped to see them basking on the shore, but it wasn’t exactly a day for basking. Still, if you want to see seals, Ósar seems a pretty safe bet.

Next up was the ancient fort called Borgarvirki, just south of Ósar. It’s built atop an immense volcanic plug and dates from the settlement era, but not much else is known about Borgarvirki. It doesn’t appear in the literature or accounts of the time, so nobody knows for sure who built it or for what purpose. I assume it was a defensive lookout, because from the top you can see for miles. 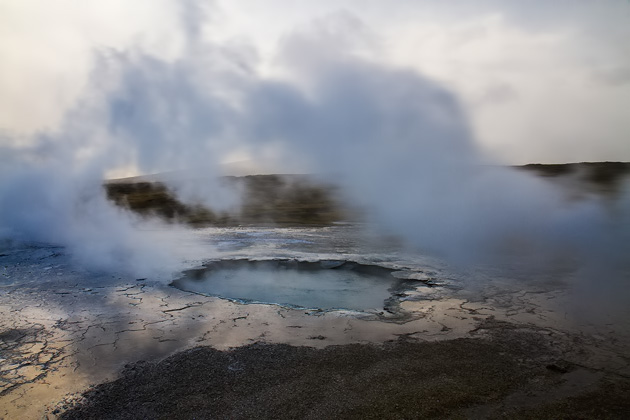 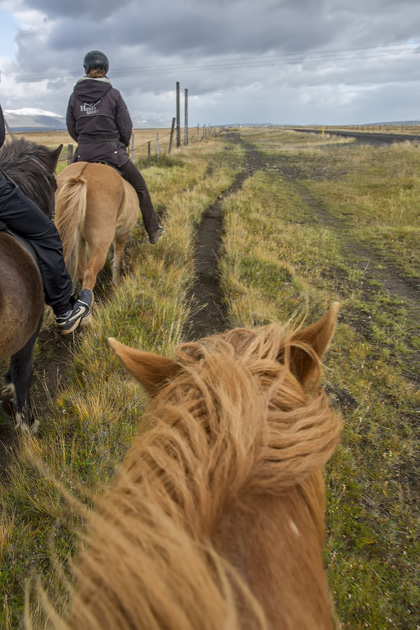 October 16, 2013
Ósar and Borgarvirki Stretching into the arctic waters of the Atlantic on Iceland's northeastern coast, the Vatnsnes Peninsula is usually over-looked, but has a couple worthwhile places at which to stop. At Ósar, there's a seal colony which lives on a sandbank just across a narrow stretch of water. And the Viking-era fort at Borgarvirki offers interesting history and a fantastic view of the region.
Michael Powell
For 91 Days